The 1841 Census is the first national UK to record the names and addresses. It is this fact that makes it so important for family historians. The census covered England, Wales, the Channel Islands and the Isle of Man, but not Scotland or Ireland which had different censuses.  If someone on the census was 80 at the time of the census then the person and family instantly gets taken back to 1760.

However, there is a major omission on the census - the place of birth.  The 1841 census only records whether the person was born in the same county as they were then living, or in Scotland, Ireland or Foreign Parts.  It is desperately frustrating to have a 'N' (No) as there is then no indication of where the person was born.  Even if the answer is 'Y' (Yes) then for a very large county such as Yorkshire it can be immensely difficult to find the correct parish. (The place of birth is included in the 1851 Census).

The 1841 Census was taken on 6 June 1841 and collected the name of everyone at the cited address on that night.  It was the fourth national census. The previous censuses, which started in 1801  - and every ten years thereafter in 1811, 1821 and 1831 -  just collected the numerical figures for the number of people in households or occupations.  Just occasionally local enumerators added the names of people and so a few more detailed records survived, but these are few and far between.

For the 1841 Census each householder was required to complete a census schedule which contained the household address and the names,  sexes, occupations and places of birth of each person living at the address. In the 1841 returns ages of persons over 15 years were generally given only to the nearest five years; in 1851 exact ages were returned.

The census schedules were pre-printed and then left with the householder to fill in and were collected later.  The enumerator collected the information if there was no-one in the household who could write.

The schedules were then collected in and copied by the enumerator into the official books, called the 'Census Enumerator's Books.  It is these which have survived and researchers can now see - the originals have been destroyed. (There are missing pages in all censuses but 1861 has suffered most.)

1) Hand writing of the original person writing the entries - or (and often worse) - the verbal dictation, often with a heavy accent, of the family names to the enumerator

2) The enumerator then copying out the entries into the Books

The following example is taken from the Findmypast census collection and involves a search for the Seabrook in Long Marston, Hertfordshire in 1841. 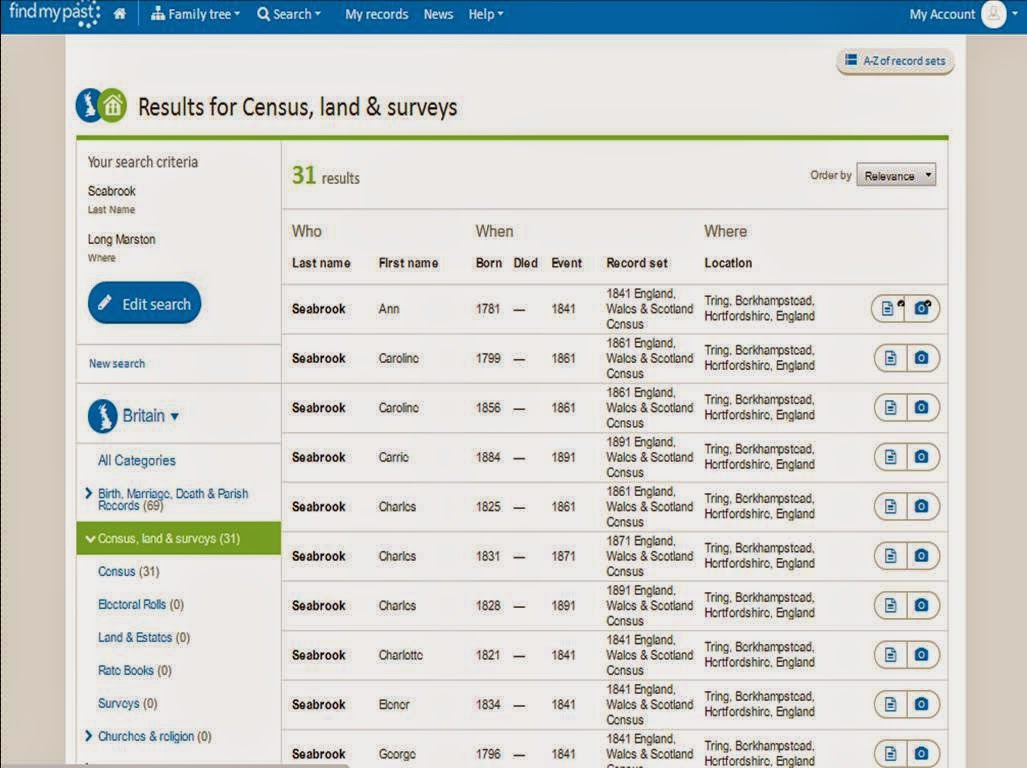 from which is chosen the first (Ann Seabrook)

It is lucky that Ann was 60 in 1841 so was born in 1781, hopefully in the same county to narrow down the search area. (But beware, be a little wary of the ages, especially 'rounded' ages as they are likely to be an approximation.  Many people did not want to reveal their true age, or had forgotten.) Clicking the Transcription gives the type written information Clicking the 'image' icon gives the original - which can be vital if the transcription is wrong (normally because the original is unclear). 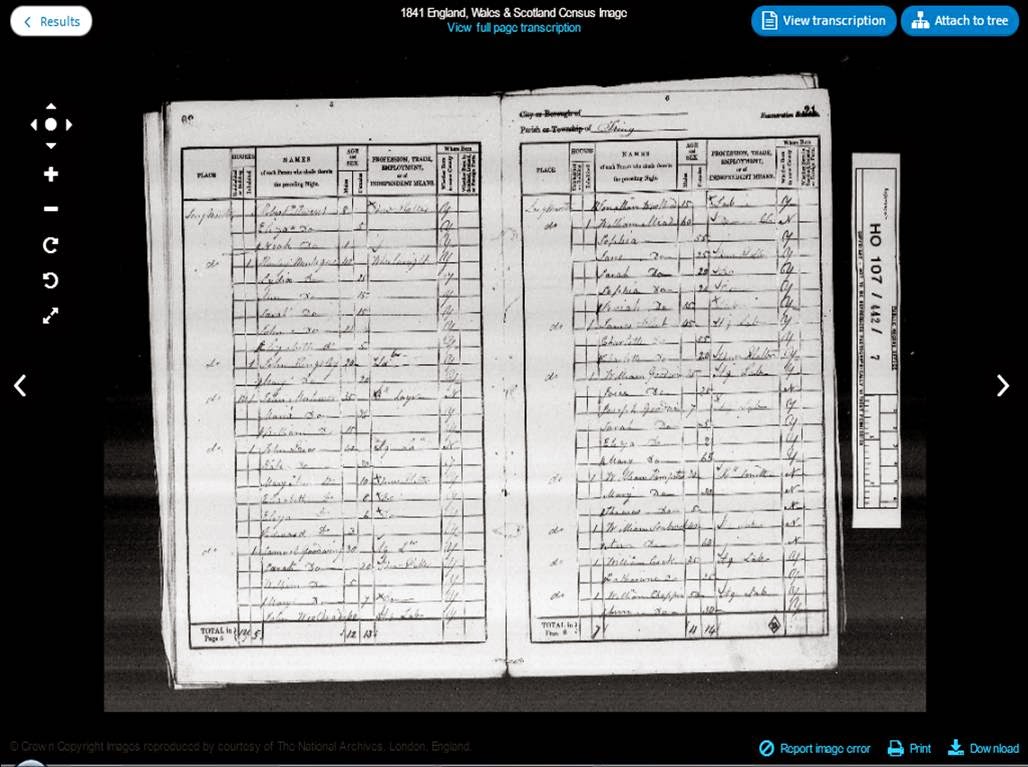 The original looks very unclear and faint (and many are, especially in the 1841 Census) but thankfully the image can be zoomed and the information can be seen clearly, with the entry for Ann at the bottom ('Do' means 'Ditto' ie the 'same as above').  Although not stated, I assume that Ann was William's mother (though this would need to be checked) and William was unmarried at this point.  He is described as an 'Ag Lab' - ie Agricultural Labourer, which generally indicates poor and unskilled. 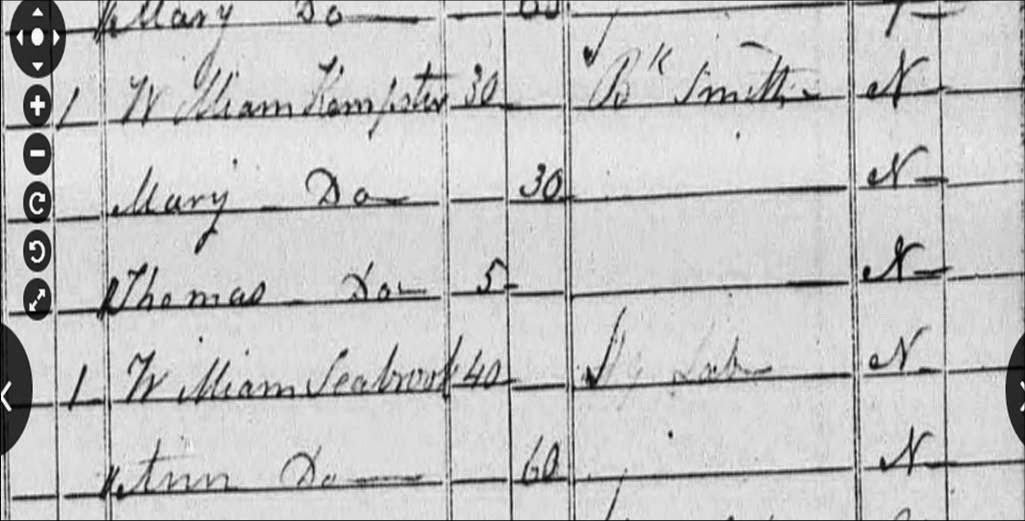 All the major genealogical websites have the Census returns for England, Wales etc but only Scotland's People and FamilySearch contain the Scottish Census returns.

I have collected the major sources and they are at

Scotland's censuses are at

Irish censuses are at

Posted by Family History Records Online at 8:56 AM