Death records often add texture to a life and can reveal other members of the family.

The earliest records were those of nobility and private citizens, which stretch back at least to the Roman times with inscriptions on tombs. 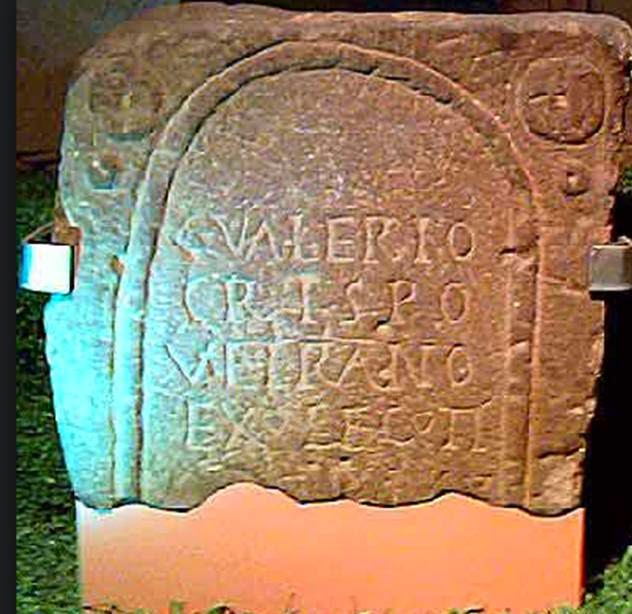 (Veterano - third line - shows he was a veteran of the army and had served his time.)

Through the Middle Ages the deaths of notable individuals were recorded, whether deaths through battle, accident or injury.  However, there was no systematic recording and it is generally luck if any ancestor was recorded in this way.

The first systematic recording of names occurred after 1538 when Thomas Cromwell ordered that each parish should keep a parish register in which should be kept all baptisms, marriages and burials of the previous week.  Thereafter deaths were recorded, though the survival rate of the registers (especially during the Commonwealth) is variable. 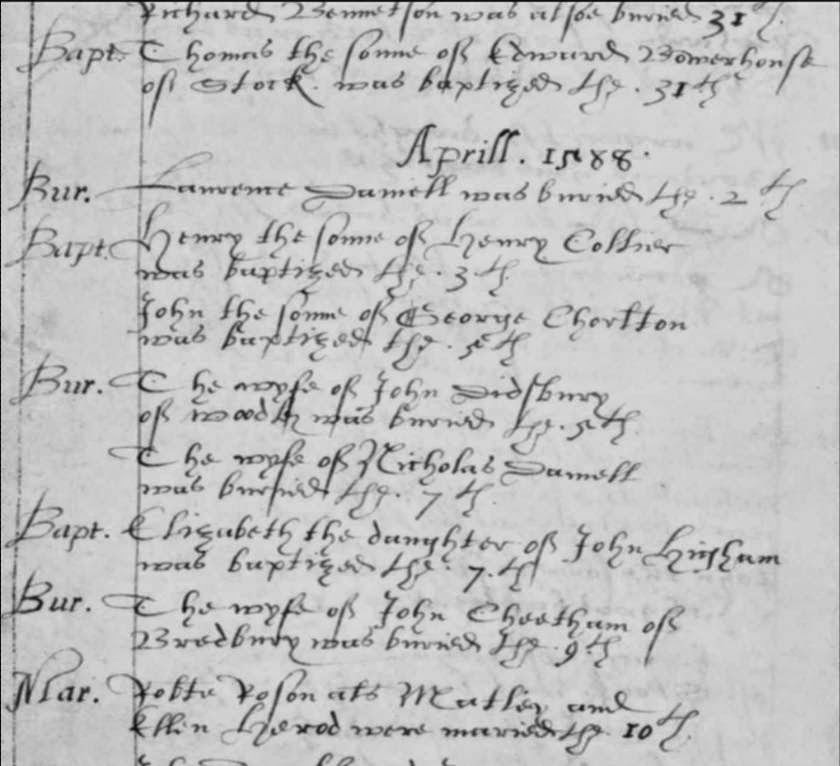 The script is readable, but takes a while to 'get your eye in'. The left hand column indicates whether the entry is a baptism or burial.

The first systematic attempt in England to statistically analyse the number of deaths come from the Bills of Mortality, which during the 17th Century detailed the numbers of deaths in each of the London parishes. 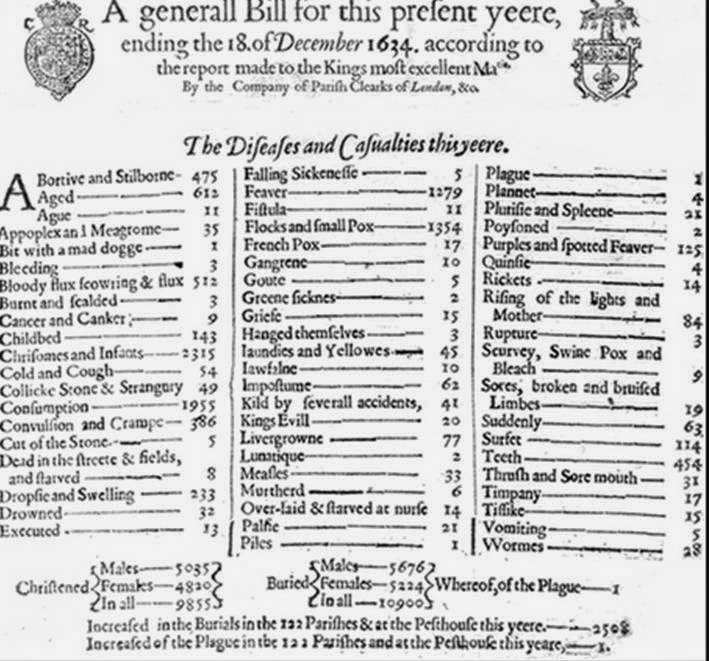 The Bills of Mortality are interesting in their own right, but also for the types of deaths, such as the 28 who died by 'Wormes', 454 because of 'Teeth' (ie tooth ache), 41 unfortunates who died 'Kild (ie Killed) by severall accidents' and the 8 who were found 'Dead in the street and fields and starved'.

Parish registers continue to be the only local source of death records, with the format remaining more or less the same, though over time extra details, such as age, could be recorded.

Then in 1837 the system completely changed with the state taking control of the process and issuing standardised forms to be filled in.


This is the formal guide on the GRO site (https://www.gro.gov.uk/gro/content/certificates/images/Death%20Cert%20PDF.pdf) 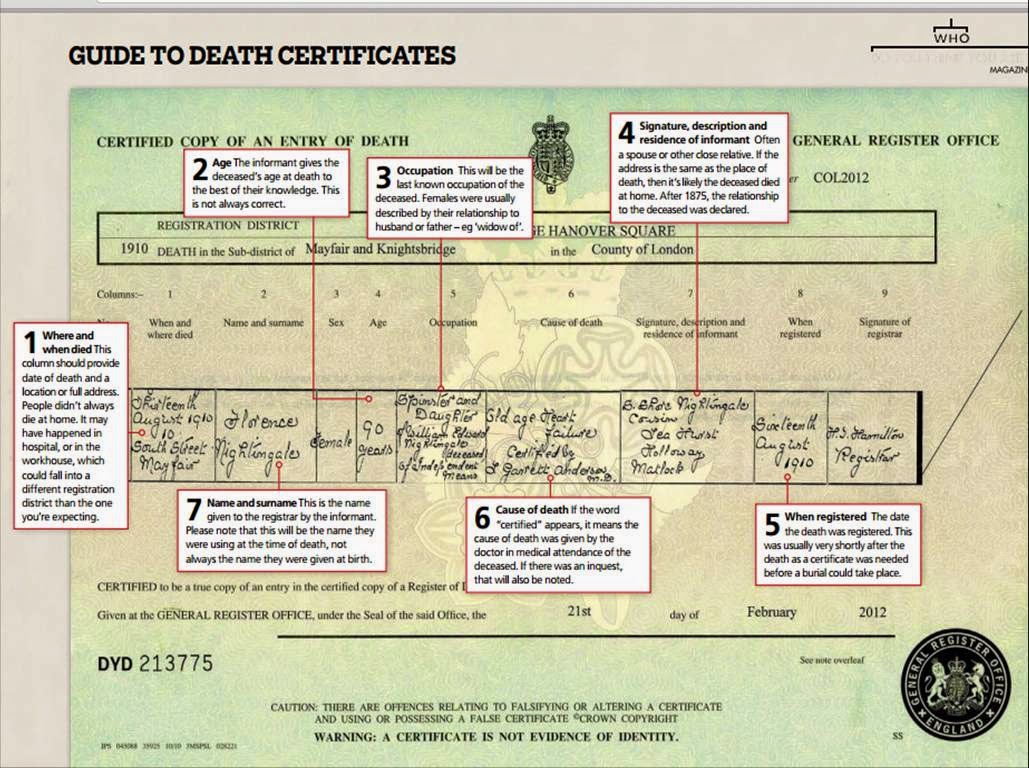 Apart from the age, the most interesting can be the cause of death, but often the details of the 'informant' can give additional family history details.

The required reference numbers are in the main indexes, which are online on all the main genealogy sites, and on FamilySearch which is free.  Once the reference number has been found, the actual certificate has to be ordered from the GRO.


There are, of course, many other sources such as

each of which will be written about in subsequent posts.


Some organisations - notably FamilySearch - offer information for free, whilst others offer the information, along with a great many other records, as part of a subscription or credit package.

Links to the General Register Office (birth, marriage and death certificates) and websites giving details at

Posted by Family History Records Online at 4:01 AM