There were five campaign medals issued during the First World War.  The first was the 1914 Star and a previous blog outlined the requirements and sources relating to the 1914 Star (also known as the Mons Medal),

The 1914 Star / Mons Medal was awarded to those people who saw active service from the opening of the war on 5th August 1914 to midnight on November 22 1914.

The 1914-15 medal was awarded to officers and men of the British and Imperial forces who served 'in any theatre of war' against Germany or their allies, including naval operations, between 5th August 1914 and the 31 December 1915.  Whilst the large majority of service personnel would  have received it, it was not universal.  Exceptions included those who received the Africa General Service Medal or the Sudan 1910 Medal

The reason that the 1914-15 Medal was awarded was that conscription started (under the Military Service Act 1916) on the 2nd March 1916, which stated that any man aged between 18 and 41 could be called up for military service. The 1914-15 Medal therefore recognised the men who had volunteered before conscription became compulsory. There were various exemptions (including, at first, married men) but over time the exemptions became fewer and fewer.

There are various estimates of the numbers awarded, with 2.35 or 2.4 million and the more precise 2,078,183 all being given on various websites. 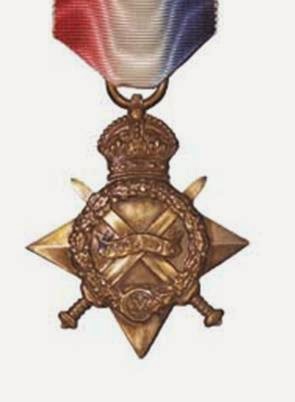 The design was identical to the 1914 Star (though the words Aug and Nov were omitted and the scroll across the centre had the dates 1914-15 Star added).

The ribbon is also identical to that of the 1914 Star, being red, white and blue stripes on watered silk. Also like the 1914 Star the soldier's regiment and number were inscribed on the flat face on the rear of the Star.

There are over 5 million cards, most of which are for soldiers in the British Army.  The collection includes:


The Medal Index is also available Ancestry under the title


For a list of all medals on Ancestry and Findmypast go to
http://www.familyhistoryrecordsonline.com/military.html#medalsandhonours


On the Medal Cards the 1914-15 Star was often written 15 Star in the stamped box (top right) and could also be described in the hand written text below (in this case in the section 'Action Taken'). 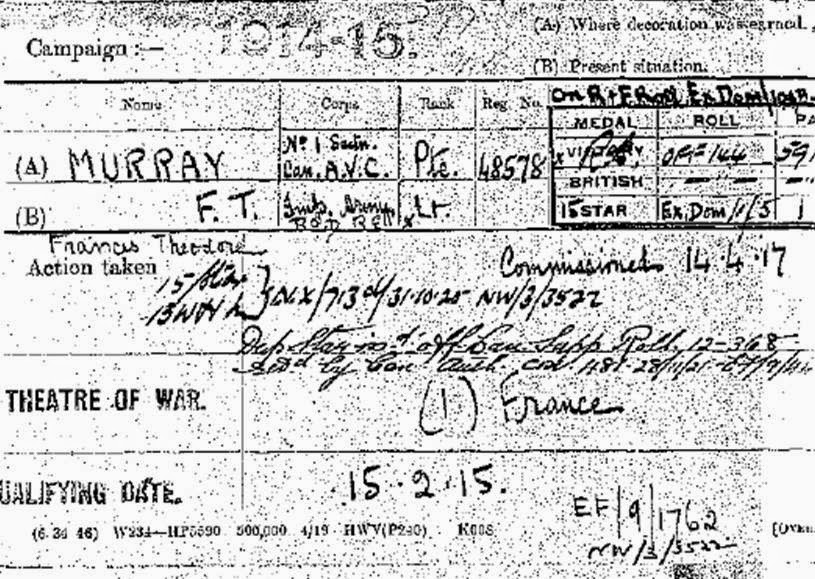 Posted by Family History Records Online at 7:34 AM